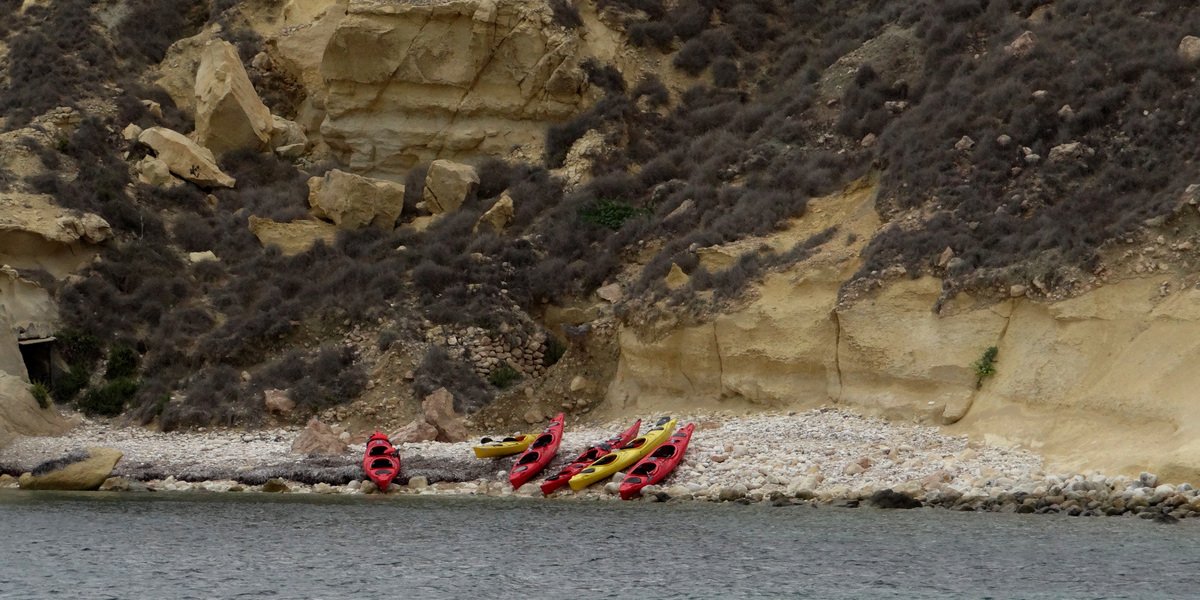 The Maltese archipelago has always been on my list, but this time the sheer coincidence has made me fly to Malta. I’ve got an opportunity of a business trip. Before leaving, I knew that the island is relatively small and a week is enough to see most of it. I did not expect, however, that two weeks would be too short for me. Classes combined with workshops from morning to afternoon and meetings with newly met people kept me in full swing until late in the evening. It was not until the middle of the second week when, I stopped reacting to the alarm clock and I barely managed to attend classes, I reflected on it. I had to slow down.

Once again, I think that it is not the places we visit that are the most important, but the people we meet along the way. True traveling, it is not just about completing another tourist attraction. This is more about meeting people and the opportunity to admire what man and nature created. That’s how it was in Malta and Gozo.

What I like best after leaving the plane – a gust of hot air. After collecting the hand luggage, I know that I should immediately buy a weekly ticket for all Talinja bus lines, i.e. a 7 day unlimited bus ticket (20 Euro). To get to Valletta – the capital of Malta, take the X1 bus. The host with airbnb gives me instructions how to get to his home. So at the terminal in the capital, I change to the next bus number 24 and get off in San Gwann at the Korvu stop. I do not have internet and I have difficulty finding an address on the offline map.

Suddenly, a man appears who helps me locate the street on my phone. In the meantime, I call Julian, my host, who explains exactly how I should get there. After a while a car stops and the older man asks me if I am Dagmara. It turns out that it is Herbert, Julian’s father, who’s come to meet me. So I arrive at the house where I will spend two weeks.

About, how I did not sail

Due to the fact that August 15 is a holiday and I do not have classes at the Institute, I decide to spend time with the Slovakian and Italian. We decide on a full-day cruise around Malta in the All Inclusive options (snacks plus drinks). They buy a boat trip around Malta at the Institute’s reception desk and I take the same trip directly at the organizer’s office in Sliema. The cost of the trip is 30 Euro. In addition, I pay for a transfer of 5 euros to save travel time to the marina in Sliema with two buses. I’m supposed to meet girlfriends on the ship.

The driver of a small bus comes to pick me up at 9.15. I am the first passenger. We stop in various places, taking more tourists. Unfortunately, we have to wait for the latecomers. Two dark-skinned women, alarmed by the fact that a tenth comes in, ask me if the ship will not leave. With a smile and stoic calm I answer the ladies that the ship can not sail without us – in the end we paid for the trip together with the transfer and they have to wait for everyone. How wrong was I?

We get to the marina. One ship had already sailed away, so that we could only wave it, while the other seemed to be standing by the shore. We hurry to get off the bus. It is already 10.10. I look in disbelief as the other ship also starts to set sail. Suddenly, there is a big confusion. Everyone starts to run towards the ship shouting for it to stop. In vain. The driver directs everyone to a man in a cap who, after establishing who’s going where, directs everyone back to the bus, so they will catch the ship at the next marina. It turns out that everyone was going to Gozo and I was the only one around Malta and that unfortunately my ship does not stop at any port. I feel a huge disappointment. Fortunately, it doesn’t last long as a man tells me that I can go on a different trip.

I have a huge wooden ship or catamaran to choose from. Both sail to the two islands of Gozo and Comino. However, I have to make a quick decision because they are just about to leave. I hurriedly pull out the brochure I got in the office and look at the prices of both trips. I take the most expensive for 55 Euro. Of course, I do not have to pay extra money for it. The gentleman in the cap informs me that there is one more place, he tells me to jump on board quickly and before I go away tells me that it is a great and the best choice. This is how I found myself on a catamaran.

How to experience the catamaran cruise

I’m jumping on a catamaran as here it is one big party. The loud music comes from the loudspeakers, everyone is wearing swimwear and is in a party mood. Most people have already taken up space on the upper deck by spreading out on mattresses and towels. In simple terms, it’s so-called “beaching-frying”. Downstairs at the bar the boys are busy serving alcoholic beverages and not only in unlimited quantities. I look at the cruise program to find out what awaits me here. It turns out that in addition to dinner, snacks and drinks, I am waiting for a “dance party” and bathing in the blue lagoons near the islands of Gozo and Comino. Cool!

The catamaran begins to flow with dizzying speed. There is not much room upstairs so I sit comfortably on the couch next to the bar. I have at least some shade here and feel the breeze. The company at the bar has a great time sipping drinks. I feel the catamaran rising and falling. Just in case, I decide not to have a drink because I do not know how my stomach would endure it. I am not prepared for such a cruise. The Italians at the bar start to talk to me. Well, yes, it’s Italian style.

After a while, I feel that I’m beginning to feel bad. I see smiling faces but I’m not laughing anymore. Michelo is asking me something again. I just manage to say that I feel bad. His reaction is immediate, despite the fact that his blood is already filled with alcohol. He runs to his wife and brings me a Mentos sized tablet and pushes me to the upper deck. I sit at the top, pressed between the mattresses, waves crashing from each side and my tongue is numb from chewing gum. We reach Gozo. I feel much better.

A pure coincident meant that instead of sailing a large ship around Malta, I found myself on a catamaran. Although I felt bad at first, the cruise proved to be a great adventure. I met some nice Italians and I could have a swim in the beautiful bays of the Gozo and Comino islands. The girls from the Institute were disappointed that I did not make it to the ship that we were supposed to sail together. For the future, however, I will remember to have at least one tablet for sea sickness in my backpack.